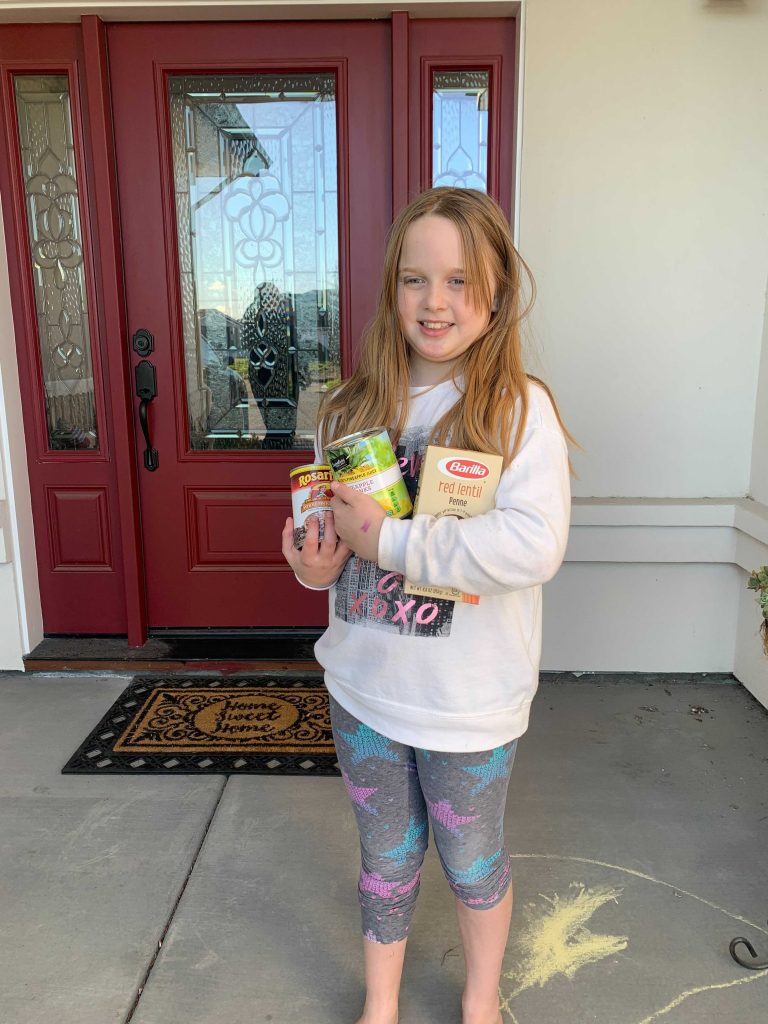 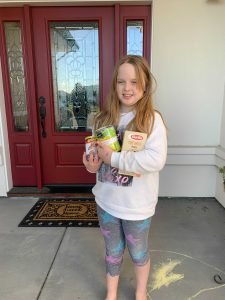 In January, Coffey Park’s Elyssa Wright, a 3rd grader at Brooks Elementary School in Windsor, was learning about Dr. Martin Luther King, Jr. and how his legacy inspired people all over the nation to serve others in the community. With her class she watched several videos of people doing all kinds of service projects and fundraisers to make the world a better place. That made her wonder out loud to her mom, “Why can’t I do one of my own?”

She started brainstorming projects that she could launch, and came up with a long list of ideas. But one idea rose to the top of the list because she could make it happen pretty quickly and fill a local need. Over the last year, food insecurity has dramatically worsened across the county. She had recently noticed the Redwood Empire Food Bank collection barrel at the corner of Coffey Lane and Hopper Ave., and thought she might be able to inspire more people to donate food. She spread the word to the houses around her block, and then made a digital flyer announcing that she could pick up food from homes in all the areas of Coffey Park over the weekend. Her mom Erin helped spread the word by sharing Elyssa’s flyer on Facebook, and people started to sign up. Altogether she got donations from ten families, and by the end of the weekend, managed to fill the barrel to the brim!

290 meals made possible through food donations

Coffey Park neighbor Tom Fellbaum volunteers several days a week for the Redwood Empire Food Bank and is the one who originally placed the collection barrel in Coffey Park. He empties and delivers the contents to the food bank on a regular basis. Like Elyssa, his decision to volunteer was motivated by his desire to help others, especially those who were impacted by the pandemic. Tom reports that thanks to Elyssa’s efforts over one weekend, he delivered 348 pounds of canned and boxed foods to the food bank, which is estimated to provide 290 meals to people in need in our area. Elyssa is glad that her effort could make a positive impact, and says “It makes me feel really good that I helped some people that really needed it.”

Seems like helping others comes naturally for Elyssa, so I asked her if she had any advice for kids who want to make a difference in the world, but aren’t sure where to begin. She said, “People could first search good ways to help the community online, and pick up on some good ideas, and then reach out to family members and friends and see if they can pitch in a little bit of help.  Just work your way up to something really nice.” When everyone helps, the impact you make can be even bigger and better. Elyssa’s mom reports that someday, in warmer weather, she has some plans to hold a car wash to raise money for another local cause. Sounds like Elyssa understands the power of community to get things done!

How you can volunteer, too

Think you might want to help the food bank? Bring food donations to the barrel at Coffey Lane and Hopper Ave., and learn more about more volunteer and donation programs at the Redwood Empire Food Bank.